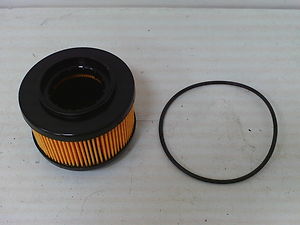 This is my last Update on this subject as the stalling under hard acceleration is solved.

With my Chrysler Voyager crd the cause of it was too much fuel was leaking back in one of the diesel injectors. After I’ve done a leak back test  on the injectors it was obvious that one of the injectors were faulty and could not hold the pressure while the vehicle accelerated.

After changing the injector the problem went away and my Voyager is running fine and pulls strong even under the hardest of acceleration.

Looking back, instead of trying to avoid the obvious and changing unnecessary parts, I should have started with changing the injector. Which is not an easy task if the injector was leaking for a while and the back blow caked the injector to the block.

Did a leak back test on the CRD diesel injectors and one of the injector shows more than twice the recommended 25ml per minute at idle speed limit.

The other three had about 12-15ml per minute at idle.

I have to remove the injector, but the one you need to work on is always the hardest to get out.

I have bought a pretty general use injector puller on Ebay for about 25 pounds that works on Mercedes and a bunch of another cars, but not on the Chrysler or Jeep CRD engines. (I had no idea)

The right CRD injector puller part on the other hand is way to expensive to buy just for one job at around 400-600 dollars (depends where you buy it) There is no reason to have a simple tool like a puller to command that sort of price.

So I couldn’t take the injector out because it stuck there like it was welded. My friend is making me a tool just like it just without the visual fancy stuff.

The materials he makes it out of are 3  pieces of 3.8 x 1.1/4 inch inch iron bar welded as a I_I with the hole about 1.1/8 inch from one of the legs for the threaded bar to go through. The end of the legs needs to tapered down to about half inch as you see on the photo.

I’ll let you know how it went when I am done.

I have a 2001 Chrysler Voyager 2.5 CRD diesel that stalls on acceleration.

Today I have replaced the rear fuel pump, the one that is right in front of the rear axle, with another fuel pump  purchased on Ebay. (This a low pressure pump).

The result however is worse than it was. Before the change I was able to accelerate to about 60 miles an hour if I was pushing it hard and above 70-75 if I was accelerating easy.

Now I can’t really get further than 40-45 before stalls and a couple of times even stalled on me at 35 in the city on my test run. So, this tells me that something in the back is loosing pressure or perhaps air gets into the fuel line.

Why would a pump replacement give worse result?

1; The new used pump is faulty.
2; I didn’t put the fuel line on right.
3; I disturbed the fuel line by removing it from the old one and the position of it somehow changed and perhaps worn and air sucked in at higher revolution and speed.

Anyway, I’ve bought a fuel pressure test kit on Ebay today and an Injector remover set. When it comes I am gonna test the fuel pressure every day for a few days in the evening and in the morning and next weekend I am gonna change the injectors.

I have an exact same model voyager I am using and so I know it’s working right and I am gonna start swapping parts until I figure out what the hell is wrong.

Always harder to start in the morning than if it was started up several times during the day. I guess the fuel leaks back into the tank during the long night.

Update:19 March 2013; Took the fuel tank off to see if it needs cleaning but it is made of plastic and there was no gunk or anything in it. There is no pump in the fuel tank only the filter unit, the fuel return pipe and the thing that sends the fuel level to the fuel Gage on the dash. The filter in the tank was clean and didn’t need cleaning at all. Took the car to a diesel shop to have them check the injectors, but they were gonna charge £72 pound per hour plusz £15 and VAT for each injector to test  (Wade diesel in Hoddesdon, Hertfordshire) so I told them to forget it. For the £220 pounds they would have charged I can get two rebuilt injectors on the internet and by the time they’ve finished I am sure it would have been well over the cost of  4 rebuilt injectors. However they’ve checked the pressure and it turned out to be low. This pressure is tested from the low pressure pump to the test port before the high pressure pump. (unscrew a black cap somewhere around the fuel rail and under it it looks like the bicycle valve) I am gonna change the low pressure pump this weekend and see if that cures the stalling, but I suspect the injector is the one causing it.

Changed the fuel filter and the car was driving fine for about 50 miles, then it stalled again and kept stalling if i accelerated too hard. After reading some diesel and farm machinery forums, the conclusion is; algae growth in the fuel tank that clogs up the in tank fuel pump filter mash and the inline fuel filter. Because of condensation in the tank, water builds up. Algae needs water and food, food being the diesel. The algae can get into the tank form anywhere. Filling up at the gas station, from the air, etc. Once in the tank it can travel anywhere in the fuel system to infect other parts, such as the filters, fuel injector, the pump, etc. As soon as the weather turns warmer in a couple of weeks time, I am going to remove the fuel tank, scrub it  and clean it out with bleach, than I am gonna flush the fuel lines with some biocide stuff trying to kill them there too. Then use biocide at every filling to make sure this won’t happen again. Code P1130 fuel starvation. At higher speeds the engine needs more fuel, but the clogged filter mash at the in tank fuel pump and the inline fuel filter prevents the fuel passing through thus starving the engine. The result is -in order to protect the engine the computer shuts everything down. Once the vehicle sits a few seconds or minutes the sludge loosens up enough to allow fuel through and the vehicle to start. ======================================================

Original article; 2001 diesel Chrysler grand voyager stalling while accelerating. I’ve bought a used 2001 diesel Chrysler grand voyager a couple of months ago off of Ebay. I’ve spent about an hour to check it out and even took it for a test drive in the surrounding streets with the seller, to make sure it drives good.. All seemed alright and I paid him the money. On the way home I had to drive on the highway and while checking the cruise control the engine stalled while accelerating. During the test drive I hadn’t noticed any hesitation, but you know how Murphy works. So Instead of turning around and take it back to the seller, I drove it home to check it out. I couldn’t find anything so I took it back to the seller who was hesitant to give my money back, but brought his mechanic over and he said he’ll check it out and get it ready in a couple of days. Of course they couldn’t find anything wrong with the car, but it stalled on me on the way home again. The code reader din’t show anything. The car had a new clutch and new shock absorbers fitted on the front and I could tell there was some work done on the injectors as well and also the seller said it had a service done with oil and filter and air filter changed. The car was driving fine except the stalling once in the while. After reading the forums on the net I had decided to get a new diesel fuel filter. When I took the old diesel filter off it was black to about 3/4 of the way up. Replaced the fuel filter and the stalling has stopped. What happened is that the fuel filter was clogged up and when the car needed more fuel during acceleration the filter wasn’t able to supply it and the computer sensing this shut the engine done. After the engine stalled all I had to do was to restart the engine is to turn the key to the off position and then turn it back on again starting the car. I didn’t even had to pull to the side. Started right up while the car was rolling. The diesel filter is very easy to get to and is right in front of the rear axle. It is the cartridge type. Just jack the car up in the back and crawl under it. Unscrew the filter housing, (27 mm socket or wrench) take the old cartridge out and put the new one in and screw the housing back on. Takes longer to jack it up then to change it.