Ebay the bargain place we all use it and buy stuff through it. It’s like a corner store where people go to look for bargains.

Since Ebay has got rid of the buyers feedback the number of unpaid items has grown which is a pain in the b**t for sellers as they get charged the fee by Ebay even though the buyer has not paid for the item. What’s going to happen if I don’t pay for an item on ebay?

What can sellers or buyers do if this happens? Not much! Ebay is nothing but on online store. Many people think Ebay is an authority of solving issues and terrified  of the consequences if something they not supposed to  do happens. Like not paying for an item they’ve bought. 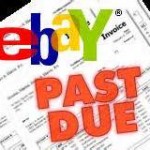 If you buy something and don’t pay for it, the worst thing can happens is you get an unpaid item strike from Ebay, which means no other than a momentary psychological effect which only last while you are reading the email.

It’s not going to cost you anything and you will not be locked out of Ebay as a buyer, because they need customers and if they’ve locked out every non paying buyers, that would amount to loose millions of customers per year. No business can afford that.

They are trying to spook you into paying for the item by sending you emails, saying “if you don’t pay for the item you can get an unpaid item strike”. It’s like telling to a kid “don’t do this or that or else…”. What or else? What’s gonna happen if I get an unpaid item strike? They never say that right? Perhaps they might say you won’t be able to use Ebay, because you might loose your account. Big deal, open another one and you are back in business.

As I said above, They can’t loose millions of customer per year just because you, the buyer, had changed your mind.

What’s gonna happen if an Ebay seller had sold an item and the buyer didn’t pay for it? The seller can open a dispute and send you, the buyer, an email asking you to pay for the item. If you don’t respond or respond saying you aren’t going to pay, Paypal which is Ebay’s financial department will refund the money to the seller including the fees and that’s all. Case closed.

As an Ebay seller myself, this kind of action aggravates the hell out me too, but it’s part of doing business on Ebay. You have to calculate the possibility into the way you operate. I get my money back from Paypal eventually. Usually within two weeks or so.

Ebay is not any kind of legal authority outside of their store. They have no police powers and no powers to collect anything illegally or legally from you. Yes, they can send you threatening letters or emails but that’s the extent of it. If you don’t respond it’ll end after a few emails.

While I am not encouraging anyone to play games on Ebay at the expense of the sellers who are just trying to do business and make a living, people should understand what are the consequences of not paying for an item.

If you bid on an item the reason behind it is that you want that item and your original intent was to buy it. If you win, you should pay for it or else have at least some decency to notify the seller as soon as possible of your intent of not paying for it, so they can get the fees back and put the item back for sale.