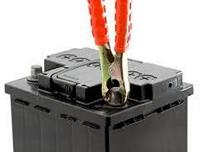 The short in car battery is pretty hard to diagnose for a backyard mechanic without tools. Why is the car battery draining overnight? Here is what happened with me.

I’ve purchased a used Chrysler Voyager (UK, Town and country in the US I think).

When I went to pick it up, everything worked fine. Started several times, checked the central locks, the radio, the lights, everything was working fine. So I took the car and drove it home. We went out that day and there was no problem.

The next morning was gonna start it up and no juice in the battery. Bummer I thought, I might had something left on last night and not noticed it. Charged it up and took it out for a spin and all worked rosy and cheery until the next morning. Yeah you have guessed right. The battery drained again. I knew I didn’t leave anything on because I’ve double checked before going to sleep.

I could not figure out what could it be. Checked the lights for short, the AC pump, the door locks, the fuses were all good. The Chrysler Voyager have a fuse in the fuse box that disconnects all the interior electrical stuff, including the radio, the heater etc. They are still working when the key is in the ignition but the memory gets erased when the key is taken out. Anyway, I had removed and bypassed that fuse with a piece of wire and the battery didn’t drain the next morning.

This convinced me that there was a short somewhere I just didn’t find it yet. So I kept looking and could not find anything. Than I was going on a longer European trip for a couple of thousand miles and figured I am gonna buy a new car battery, just in case and take it as a spare.

Here I was trying to find the short somewhere along the wiring and all I had to do was replace the battery. The old battery was shorted.

This was a good lesson for me to learn that if there is a short somewhere in the car, start with the battery first and advance from there if the short is still there. Car batteries age and the panels inside warp and short each other out. The car battery could be just a couple of years old or older or newer and still can happen.

The best thing to do is to take it to a shop or store and have them test it.

How do you know when your car battery is going bad?